About our not-for-profit charity foundation

For 50 years, Sangam has been at the forefront of community development in Burnt Oak. Established in 1971, we initially provided activities for the distressed immigrants of Asian origin to socialise and integrate into their new society. Now in 2021, our Advice Centre and Counselling Service provide valuable assistance to everyone in the wider community who need help and guidance. Our consistently high standards and the dedication of our staff and volunteers has made Sangam one of the most respected voluntary organisations in the UK and a recipient of the Queen’s Golden Jubilee Award.

Driving our success is our ability to keep abreast of the ever-changing needs of the local community and developing our services accordingly, and with our purpose-built centre, we fund the majority of our services from the income generated from the hire of our banqueting and meeting facilities.

At the heart of Sangam is a spirit and heritage that embraces togetherness and solidarity – it’s what led to our inception 50 years ago, and it’s upon these same principles that the organisation will grow and flourish for many years to come.

A community with the capacity and confidence to work with, and for, everyone that lives there.

To provide our clients with a safe, accessible space to address their challenges and achieve their goals, and to deliver services that become the benchmark for other organisations.

Sangam is a not-for-profit charity foundation  in Barnet which was established and continues to be managed by Asian Women. It was founded in 1971 as a result of the large influx of immigrants from South Asia and East Africa in the sixties and seventies. The lack of both language proficiency and understanding of the systems of Government left many vulnerable Asians feeling helpless and often with nowhere to turn.

Our contribution to the society over the years was recognised by Her Majesty the Queen in 2006 when Sangam received the coveted Queen’s Award for Voluntary Services. The Award acknowledges “One of Sangam’s strengths is that it is managed by Asian Women and so will provide a service sensitive to the needs of a group not always well served by mainstream services. However, it is to Sangam’s credit that it is open to all – an example of social inclusion at its best.” 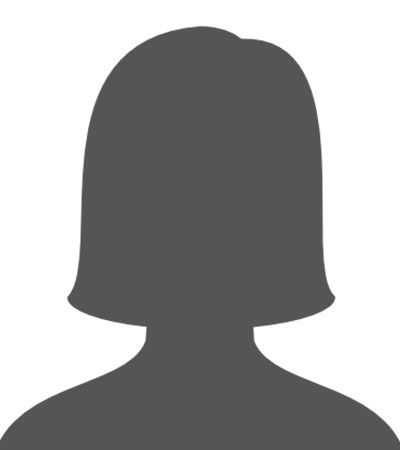 I have always been passionate about supporting my local community and being able to make a positive change. I joined Sangam as a volunteer in 1974 soon after I arrived in London from Mumbai, India. Over the years I have held several positions within Sangam, all to enhance the services Sangam offers to the community. These include managing the advice centre, fundraising through grant applications and events, and holding the position of President twice. In my role as President, I have overseen our achievement of the Charity Quality Mark and the introduction of Domestic Violence Counselling, sadly a much-needed service in the community. I continue to strive for excellence in all that Sangam sets out to do in support of the local community.

I have been working with Sangam for over 35 years. In 1985 I was asked to join the Cultural committee.

I joined the board of Sangam as a co-opted member in 1995 for 3 years, learning about Sangam, its structure, and activities.

After gaining a substantial amount of experience in dealing with and managing people, I was elected on the board of Sangam in 1998. During my years at Sangam I had responsibilities of a Hall Hiring Director, a Company Secretary, an Events Director, Advice Centre Chairperson, Maintenance director and Vice President.

Leading an organisation involves some mundane tasks, such as writing reports, and some unpleasant ones such as disciplinary procedure, and on the other hand motivating volunteers to get involved, meeting various people, and representing the organisation.  One of the most scary and pleasing occasions was when I was on behalf of Sangam .asked to address a crowd of over 10,000 people at Trafalgar Square during Diwali!  The thought was daunting but I am glad to say I now feel very confident in speaking at any occasion!

In 2009, I received the Volunteer of the Year award from Barnet for working with the community.

In 2012, I felt honoured to receive The Civic Award from The Borough of Barnet for my work with the local community.

I have been a part of Sangam’s management for over 30 years. Working at Sangam has broadened my personality and helped me learn about and empathise with people from all backgrounds and their issues. I love interacting with people and seeing how Sangam is helping them. I have worked in all areas of Sangam’s services and take pride in its ethos. I was Sangam’s President from 2011 to 2013. My favourite activity has been organising fundraising events and developing new services, like the Mental health and Domestic violence Counselling service during my tenure.

I joined Sangam twenty five years ago  because I was passionate about the services and ethos of the organisation. Over the years I have had the pleasure to manage a number of portfolios. These include The Advice Centre, the luncheon club, A 5 project, health talks, annual Navrati Garba, Tai chi, Salsa classes, senior citizens club, and many more.

My ambition is for Sangam to diversify our service offer.

I was motivated to join Sangam 24 years ago as a volunteer to help contribute to society and our local community.

Over the years I have carried out various roles from holding a secretarial post to chairing committees, organising cultural programmes & health seminars, fundraising events and more. I currently serve as Treasurer, in addition to overseeing the building operations and maintenance.

Looking after our members, especially our senior members has given me immense pleasure. Seeing them enjoy yoga, activities at the centre, including day trips and cultural celebrations have been very rewarding and provided a real sense of fulfillment.

In providing support & having a listening ear, I have gained a passion for helping others.

One of the positives of working for a charity is the overwhelming sense of making a positive difference.

Donate now
We use cookies to ensure that we give you the best experience on our website. If you continue to use this site we will assume that you are happy with it.AcceptCookies policy